Today I needed to mail an oversized letter to the U.S. The few remaining postal boxes on the streets of Bologna are precious.  They will only accept letters of standard size – a manila envelope, for example, will not fit in the opening.  Conclusion: one must go to a post office to have bigger items mailed. 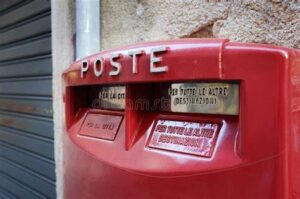 In-person visits to the post office here can be frustrating during peak hours and around holidays.  In bygone days before the advent of automatic queuing with paper tickets one often had to resort to the time-tested “push and shove” method of getting access to a window.   Anyone who has witnessed an opening of, for example, Macy’s on Black Friday morning will have a clear idea of what I mean.  Several years ago, though, illuminated number boards made their debut here, sparing a lot of unpleasantness all around.

Today, having masked up appropriately, I headed to the post office branch on Via Sant’Isaiah, which is reasonably close to home.  Stepping through the sliding doors I found a large yellow machine to my left, with an electronic screen in the center and several card slots and small screens in a vertical display to the right of that.  It’s not easy to describe just how complex and bewildering this looked.  Worst of all, there was no simple button to push to get a number ticket.

Now that most people have discovered touch-screen technology, as is used for ordering at McDonald’s or 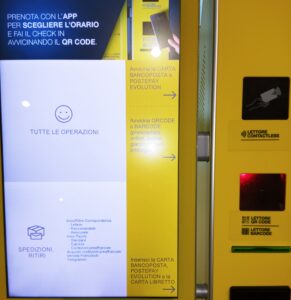 weighing vegetables at the supermarket, I touched the screen.  Nothing happened.  I touched it again.  Still nada. Now I was getting nervous, since a line was forming behind me, with some foot-shuffling and impatient sighs being obvious. I scanned the screens, surrounded by various flashing lights and seemingly dozens of options, all of which needed to be read and understood thoroughly in an instant.  I decided to eat my pride.  I turned to the fellow behind me and asked him how to work the damned thing.  With the condescending expression of someone who has just answered the simplest of dumb questions he merely touched his finger to a smiley-faced emoticon and – voilà! – a sliver of numbered paper emerged from a small slit.

As I glanced around the lobby to see when my turn would come up, I and several other patrons were quickly chastised and hurried back out the sliding doors to the sidewalk by a middle-aged postal employee with shoulder-length hair who invited us to study the safe-distancing rules posted on the door.  He clearly enjoyed his moment of power and kept reminding us of a need to stay in line outdoors until our number came up. 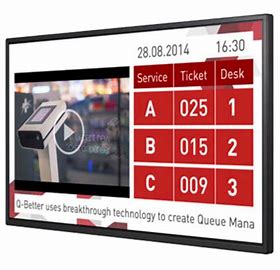 His only failing was that the number board was not visible from the street to anyone.  There was no one posted to call out the turns as they came up.

Were it not for the fact that there are several different windows, each with its own number, for the various services, such as postal banking, parcel post or registered letters, simply standing in line would have worked.  As it was, however, nobody had a clue as to when his or her turn would show on the number board.  Our small group stayed outside, grumbling and trying to get an answer about our turns from the employee who had returned inside.  I finally left in disgust, resolving to try another branch and another day.  By doing some careful folding I was able to get my letter into a post box on the street after all! I hope the others are not still in line in front of the post office.