Hoofing It in Bologna, AKA “Sweet Sole Music” 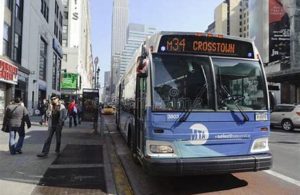 It’s time that someone commented on the life of pedestrians in Bologna.  Although I have my Italian driver’s license I don’t own a car. Like the denizens of Manhattan I find public transportation here sufficient to get where I need to go without having to worry about a parking space when I get there. Car sharing through the bus company is available. This makes the occasional foray outside of the city walls possible. But most of the time I’m content to walk in the city center and rely on the bus for longer distances. Sometimes I burden friends or relatives for a ride in their car if no easier solution is at hand. Though they smile and act happy to give me a lift I suspect that deep down they wish I’d just buzz off and find my own transportation instead of sponging. I can’t blame them, really, since they have to cover all the expenses and upkeep needed to own an automobile. 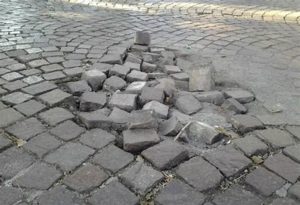 Walking in Bologna is an acquired skill. Those who fail to learn are subject to important bodily injury. In the first place, the sidewalks are often not in good repair. One becomes used to stepping over swollen or broken sections of pavement, all the while watching for the streams of dog urine – or worse – which cause slips and falls. It’s a sort of urban hopscotch for adults.  There is no slip & fall lawsuit market here yet, either, except for grievous negligence in maintenance on the part of the city.

And before I leave the subject of dogs, let’s not forget those owners who use the retractable leashes. You will have certainly encountered a dog walker coming toward you. 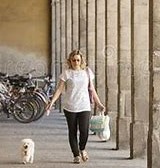 What appears to be plenty of room on the sidewalk suddenly shrinks as the pooch scampers across your path to sniff some intoxicatingly delectable smear left by an earlier canine colleague.  This creates a trip-string effect which could easily cause you to fall as the owner absently looks ahead, unaware that his or her little darling is strung out five meters to the right on the unraveling leash. 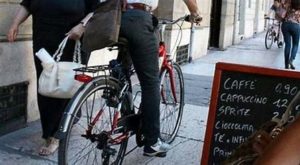 Watch out for purse snatchers, too!

There is supposedly a city ordinance that bicycles are not to be ridden under the porticos which line the main streets. Like many laws, this is blatantly ignored. I can’t blame cyclists who don’t want to pedal in a rainstorm, but the phenomenon occurs even in fine weather when they could easily use the street. I personally wouldn’t mind so much if the sidewalk riders simply would announce their approach with a bell or horn. They have a way of coming up rapidly and silently from behind, frequently at an unreasonable speed for the volume of pedestrians present. Cyclists count on us all to walk in a straight line and not surprise them. Many times I have felt a distinct whoosh to one side only to see a bicycle streaking past me with only inches between the steel handlebar and my rib cage. I shudder to think what would have happened if I’d changed my route suddenly. Deaths from falls with consequent head trauma are not infrequent in such circumstances. 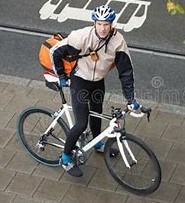 I find particularly infuriating those cyclists, generally young males wearing back packs and helmets, who race through crowds of pedestrians at top speed, weaving in and out slalom-style as if totally immune to the possibility of an error and without making their arrival known.  I heartily congratulate all those unselfish cyclists that dismount and push their bikes until out of pedestrian traffic — but they are few indeed. 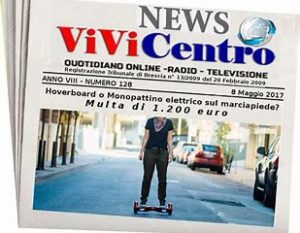 Small vehicles like motorized scooters, Hoverboards and even skateboards complete the array of potentially injurious objects that cruise the sidewalks. Their numbers appear to be increasing, and lawmakers in the U.S., for one, are unsure how to regulate their use.

Many Bolognesi enjoy a passeggiata, especially on Sunday or on “T Day” – when the heart of centro is closed to automobiles. The families and friends fan out laterally over the sidewalks and mosey along in tight groups, holding hands in paper doll fashion, oblivious to those walking behind them who might wish to pass. The notion that someone following might be in a hurry doesn’t cross their minds. The daughter of a local American teacher has aptly dubbed them “SWOBs” – that is, “slow walkers of Bologna.” In typical English fashion Londoners have tried to overcome this problem by painting fast-only lanes on some sidewalks – I don’t know if that has been successful or not.  And we have all encountered those individuals who stop dead in the middle of the sidewalk in front of us to take a cell phone call. Why they cannot step aside for the duration I have no idea. Their heads are bowed and shoulders are hunched forward in buzzard style. They are so enraptured by the call that they ignore your existence. They remind you of an automobile broken down in the middle of the Viale, with the other drivers impatiently trying to get around it. 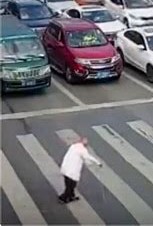 Automobiles still represent the biggest threat to those who wish to cross the street. Although the crossings are usually well delimited with white paint stripes, hapless people continue to be struck. I have observed what I think may be a contributing factor: people here sincerely believe that cars will stop for them if they see them beginning to cross. Wrong! In northern Italy, for example in Trento, drivers will grind to a halt whenever a pedestrian shows the slightest inclination to cross. As you go south this attitude changes drastically. Many elderly women hold one arm extended as they begin to cross, expecting that somehow this gesture will magically insulate them against a collision. Wrong again! Obviously there are exceptions, but you only get one chance. As someone observed, paraphrasing the Apostles’ Creed, there are two types of people that cross the street in Bologna: the quick and the dead. Walkers beware!